The PWA World Cup in freestyle 2016 is over and I finished in 3rd place!

It was a great event. We got strong wind some days with 40 knots and a few heats in very tricky and gusty conditions. I started the first single elimination with a 2nd place. Sailed some consistent heats and went all the way to the final against 9 times World Champion Sarah Offringa. Sarah was sailing amazing as always and won the heat.

In the double elimination, the talented dutch sailor Maaike Huvermann sailed her way back after a disappointing single elimination. She won heat after heat and finally we were sailing against each other. We sailed a very close heat. She won in the last 10 seconds with 1,5 points landing a great forward loop. It was very exciting sailing and a great heat where we both were landing 8 counting moves during a 8 minute heat. Eventhough I lost this heat, it was the most fun one. Intense and pretty nice conditions sailing with my Freek 4.0 powered up!

The day after we started a new single elimination. I advanced my heat against the russian sailor Olya Raskina. After this heat I met Maaike in the semifinal again. The wind became tricky and there were long distance between the gusts. The first heat got cancelled due to bad conditions. For the re-sail heat I picked a bigger sail, but still the conditions were not really great. Pumping my way through the heat I was landing 6 out of 6 counting moves, but one of the moves, I did outside the competition area as I was in desperate need of finding a gust, so I only got 5 moves counted and lost the heat. Losing this heat I was up against Arrianne Aukes in the losers final. I had a good heat landing all my moves and secured 3rd place in the double elimination. 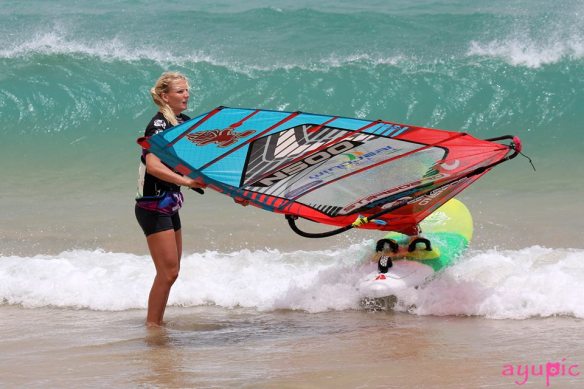 The next day, and the last day of the competiton I was crossing my fingers for a chance to finish the last double elimination to have a chance to fight for the 2nd place. The wind picked up for a short time, but it was not enough to sail the last elimination.

Time for prize giving!
Congratulations to Sarah Offringa and Maaike Huvermann for 1st and 2nd place and showing some great skills=)

Congrats to Amado, Yentel and Gollito for the mens top 3!

I had a great time competing and enjoyed sailing heats again! During the competition I was happy to sail consistant in these hard conditions. To compete is just a great thing, I could not live without it! 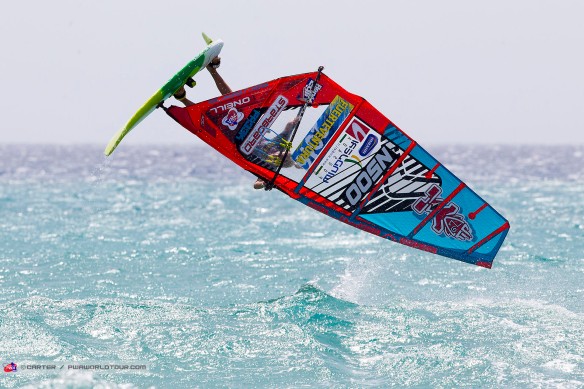 Thanks to Rene Egli for organizing this event! Big thanks to all my sponsors for all the support: VEMA PRODUKTER, Starboard, Severne, MUF, O’neill, WindJeri, SolRX, Rudy Project, Maxim Nutrition, ASBanken, Skiogsurf.no